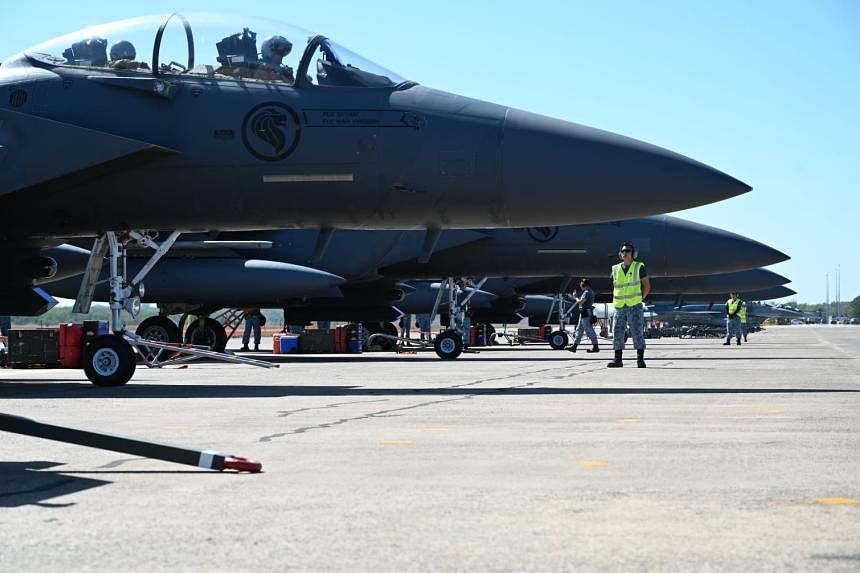 DARWIN – In the skies of the Australian outback, fighter jets from different air forces, including the F-35 Joint Strike Fighters, pull in close one after another to receive fuel from the Singapore Multi-Role Tanker Transport (MRTT) aircraft.

Pulling off this manoeuvre at Exercise Pitch Black provided valuable training for the Republic of Singapore Air Force (RSAF) crew, ahead of the delivery of Singapore’s own next-generation F-35Bs in 2026.

The 17-nation drill, held in Darwin from Aug 19 to Sept 8, is the first time the RSAF’s MRTT crew has refuelled an F-35 fighter in the air. Singapore media witnessed one such operation on board the MRTT on Wednesday (Aug 31).

MRTT pilot, Major Michelle Teo, 32, said that the air-to-air refuelling with the F-35s was a good experience.

“It does give us an opportunity to learn, because in the future we are also acquiring the F-35s,” she said.

Besides the F-35Bs from the United States Marine Corps and F-35As from the Royal Australian Air Force, the MRTT also refuelled the RSAF’s own F-15SG and F-16D+ fighters.

During Wednesday’s aerial refuelling operation, the F-35Bs were the only aircraft to refuel using the MRTT’s under-wing pods. This meant that two fighter jets can refuel simultaneously.

But unlike the other aircraft which relied on the MRTT’s boom refuelling system – which allows faster fuel transfer but requires a trained tanker air crew to operate – the F-35Bs used a probe-and-drogue system.

This is where the F-35Bs insert retractable probes into long hoses that are unravelled beneath the MRTT’s wings.

Delivered in 2018 and declared fully operational last year, the MRTT is the replacement to the KC-135R Stratotanker, which was retired in 2019 after two decades of service.

Since its introduction, the MRTT has been involved in other overseas exercises, as well as humanitarian missions, with its ability to transport cargo and people across large distances.

Air refuelling operator, Second Sergeant (2SG) Lim Li Jun, 27, said that with the small training airspace in Singapore, probe-and-drogue refuelling could only be done in a simulator.

Exercise Pitch Black has allowed her to hone her skills during the day and night flights the MRTT crew embark on once a week.

2SG Lim said: “Through this exercise, I learnt how to be more versatile (when responding) to changes. I have to always sharpen my skills to be proficient enough to give fuel to the fighters.”